Hanford began as the biggest, most secretive mission during the World War II. It was a miraculous undertaking of scientists, military, government, and thousands of workers who arrived at  was launched just north of Richland in the early 1940's.

In 1943, as World War II raged in Europe and the Pacific, thousands of men and women from across the United States began arriving in a remote part of south-central Washington state. They knew very little about why the U.S. government had hired them — only that it was an important project to support the war effort. It was a project that would change the world forever.

There are a number of awesome resources available to learn more about Hanford.

What is the B Reactor?

The B Reactor at the Hanford Site, near Richland, Washington, was the first large-scale nuclear reactor ever built. 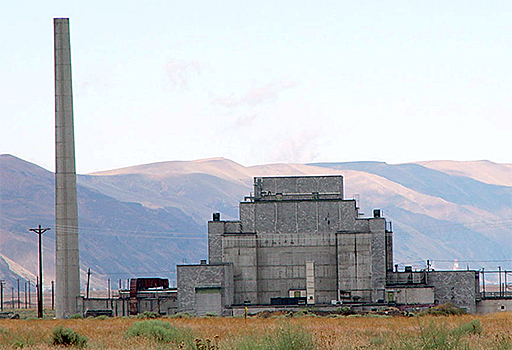 Learn about the scientific discoveries and developments that led to the construction of the B Reactor.

Take a Bus Tour of the B-Reactor!